What many don’t realize is how often individuals use technology-assisted surveillance to monitor each other. For example, web sites make it relatively easy to dig up background information on potential dates or just people they want to know more about. Parents install “nanny cams” in their homes to watch the babysitter or housekeeper, as well as tracking devices in their cars to monitor their teenage drivers. Husbands and wives install keystroke-monitoring devices on their home computers to see what their spouses and children are doing online.

The technology now available through cell phones was unfathomable just a few years ago. Andrejevic says that “cell phones have already been used without people’s knowledge to track traffic patterns in cities. It’s really not that far-fetched to imagine a movie ad popping up on your cell phone just as you pass by the theater. Google once planned to provide free Wi-Fi to the city of San Francisco in exchange for gathering information about users’ locations in order to bombard them with time- and location-specific ads. So, a person using Wi-Fi in a park could receive a pop-up ad for the sub shop across the street at lunchtime.”

Global positioning systems (GPS) are yet another example of how privacy is making way for convenience. Cell phones are required to have GPS for emergency purposes, and GPS systems are becoming more common in vehicles for navigation assistance. Probation and parole agencies frequently use GPS to monitor and track sex offenders and other high-risk offenders. Andrejevic says the downside to this is that it’s now possible to track a person’s every move.

Market researchers also use technology-assisted surveillance to identify consumers’ preferences. People who believe activities like casting a vote on “American Idol,” recording shows on TiVo, joining a discount club at a store, buying songs on iTunes, or surfing music or media web sites are anonymous, would do well to think again. With the use of technology-assisted surveillance, companies and market researchers can access these activities to identify peoples’ preferences. From there, ads are customized, and political groups and others gather useful information to identify consumers or potential voters they wish to target.

For example, says Andrejevic, a person who buys a minivan may be assumed by market researchers to have an interest in education. As a voter, the person may then receive mailings or telephone calls from political candidates who support funding education – all as a result of technology-assisted surveillance. Although some of the data gathered on individuals may be used for rather benign purposes, Andrejevic says that “over time, it could become more eerie and intrusive. Imagine researching impotence on your home computer and finding a brochure about Viagra in your mailbox a few days later.”

Then there’s the proposed “US HomeGuard” government program that would use technology-assisted surveillance and the public’s help to watch for suspicious-looking people and suspicious behavior, especially around and near unguarded borders and “soft targets” such as water treatment facilities, chemical plants, large malls and sports arenas. A Webcam could be installed outside these desired areas, and citizen participants would be able to log onto the Internet and monitor areas at risk of a terrorist attack.

Andrejevic says that with every new technology-assisted surveillance development, Americans are paying for convenience with more surveillance and more control. “Because these steps are relatively gradual, we habituate ourselves to them as we go, like the proverbial frog who doesn’t notice the gradual temperature increases in the cooking pot until it starts to boil,” he said. “When it comes to government and corporate monitoring, things are heating up and it’s time to pay attention before we find ourselves in a full-fledged surveillance society.”

Andrejevic completed his Ph.D. in Media Studies at the University of Colorado, Boulder, and has since taught at Fairfield University and the University of Iowa, in the Department of Communication Studies. Since May 2007, he has been with the CCCS. His current project, “Interrogating Interactivity: New Media and Suveillance,” is examining the ways in which interactive media technologies are used for commercial and government surveillance.

How to Get a Great Free Trial Vpn 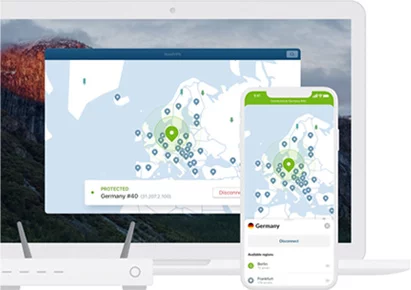